A highly anticipated seawatch this morning due to the first SE wind forecast for quite some time. Although the wind was blowing, the birds didn't seem to care and passage was fairly slow for the time I was there, though Mediterranean Gulls were moving positively through. The only other highlight was a Great White Egret. I gave up and watched the London Marathon, something of a tradition. In almost perfect timing, Selsey kindly released news of two Poms that had passed around midday. After sweet-talking Paula (it did take half-hour of pleading) I was back down Splash Point joining Richard, John, Derek et al. (who had put in a full nine hours in total) and enjoyed an unexpected passage of Pomarine Skuas. It was also nice to witness the 500th Mediterranean Gull move through. To deter from getting two black eyes, I left for home missing a few more Poms, but never mind, my limbs are still intact.

The Poms were unexpected due to no other sightings from Hants, Dorset or beyond, with Worthing keeping us updated on what flocks were moving through, and by the time they reached us the flocks had increased in numbers with some flocks coming very close to shore. 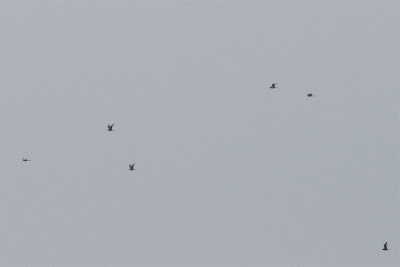 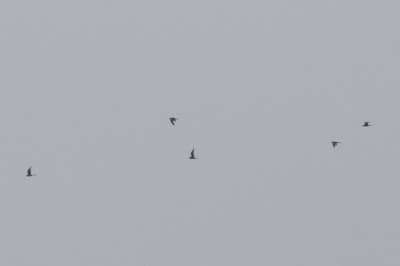 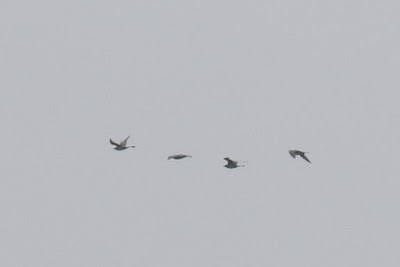 Pomarine Skuas past Splash Point - it does help having a very understanding other half.