I didn't head out until the afternoon and with an icy wind blowing I thought the comfort of the car would be suitable. So Newhaven Harbour was first and the low tide was very low with most of the Gulls being very distant. However, with bins I could pick out the below Gull that looked pretty good for a Caspian Gull. Through the scope it still looked good and when in flight roughly ten minutes later it looked even better. There was no sign of anything decent so I continued to Splash Point where the Purple Sandpiper still wasn't on the eastern breakwater.

The Cuckmere was next and a bit of cold weather was enough for two drake Pintail to be present on the meanders, as well as three Shoveler; two species that don't appear too often here, especially the former, with perhaps today being only my fourth or fifth sighting in the Cuckmere. 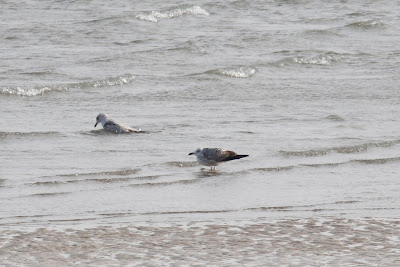 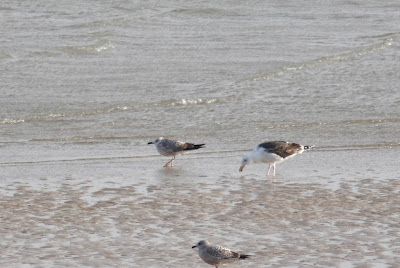 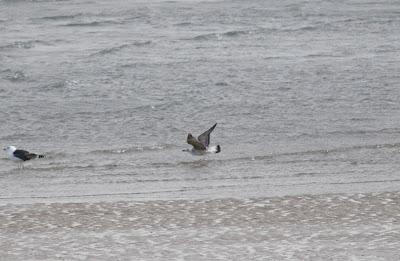