After a freezing cold night in our cosy bungalow roughly halfway up Inthanon, we arrived back at KM 13 where this time luck was on our side as two stunning Black-backed Forktails were seen upstream of the bridge, and proved to be a contender for bird of the trip.

With this in the bag nice and early we went and had breakfast at Mr Daeng’s (recommended by DC) and with time to spare visited KM 34 where a trail leads into the forest. A couple of bird waves passed through but yet again only 50% of the birds were seen. A small Eyebrowed Thrush flock held a Grey-sided Thrush, that conveniantly perches in the open for an extended period.. A Large Hawk Cuckoo also couldn’t be enticed info view despite it calling regularly. On the way out a Blyth’s Shrike-Babbler was probably the highlight, and just before returning to the car it all went a bit cuckoo crazy. A female Asian Emerald Cuckoo landed in a tree above us, and behind another bird landed, and this turned out to be a male Violet Cuckoo. Then another Asian Emerald popped its head up, this time a male. Two hard to see species out the way in quick succession.

We left Doi Inthanon with our heads held high on what was a good, but not completely successful visit. Next was a quick drive into Chiang Mai to drop Jake off at the airport, with me and Ian continuing north to Chiang Dao in relatively good traffic, plus some chaotic traffic for good measure. It was nice not to pay an entrance fee for a change, and we made our way up a series of steps to what is known as the gulley trail. Despite walking a fair way up, there wasn’t too much to shout about, with Streaked Wren-Babbler the only bird of note. The temple at the end of the steps was ok, but the reasoning behind people carrying bricks up the steps is beyond me. Back in the car park was more successful, and talking to a couple we had met at Doi Inthanon, we saw several Pin-tailed Green Pigeons, glimpsed a Bay Woodpecker and watched the more commoner species. Next up was trying to find some decent accommodation, and we finally found the Nature Home Guesthouse, ready to tackle Doi Chiang Dao tomorrow. 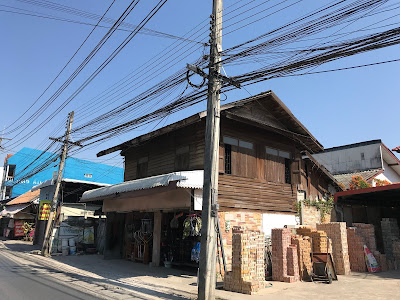 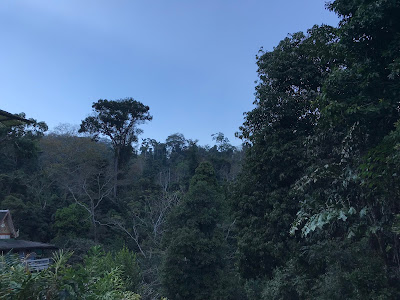