Day 3
From just after first light, the Falklands were in view. At the stern, the first Commerson's Dolphins were tracking and Black-browed Albatrosses were everywhere. Our first planned landing was at Carcass Island, and thankfully the weather cleared after initially being murky and rather breezy. Carcass Island was superb and reminded me of the Scillies in some way with clear blue water, rocky shores, warm climate and a very small settlement that included one house that put on a whole load of cakes. The owner knew we were coming! A landing here brought us a couple of endemics and some good non-endemics. I very nearly missed a family of Ruddy-headed Geese as I was captivated by laying in the grass with some Magellanic Penguins. 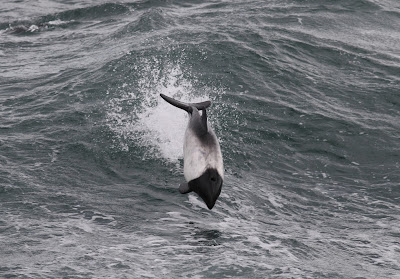 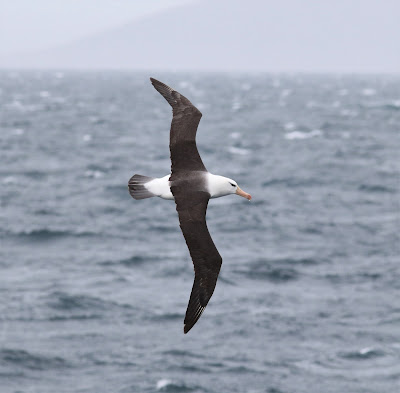 Black-browed Albatross with the Falklands in the backround 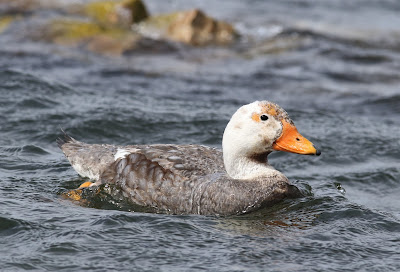 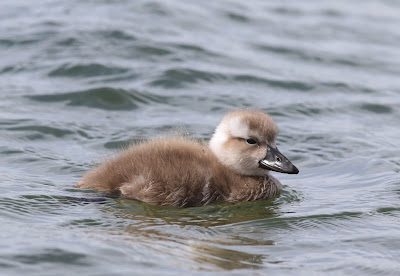 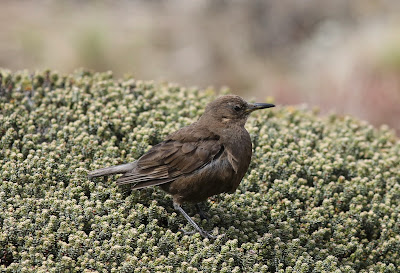 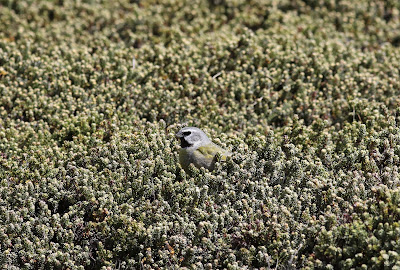 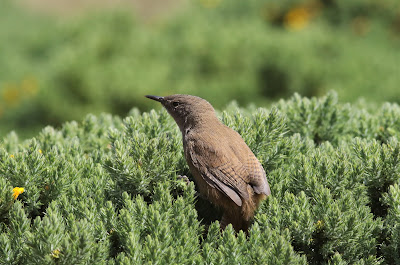 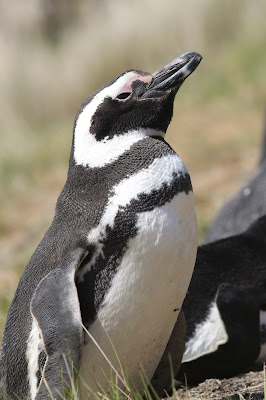 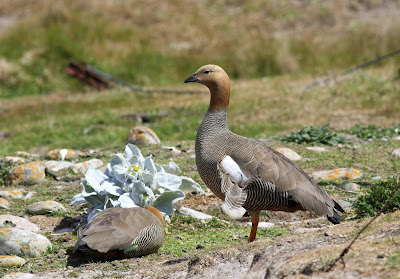 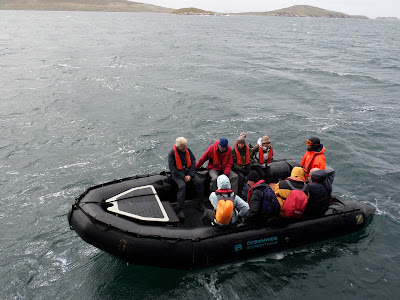 our first zodiac landing of thankfully many on this trip 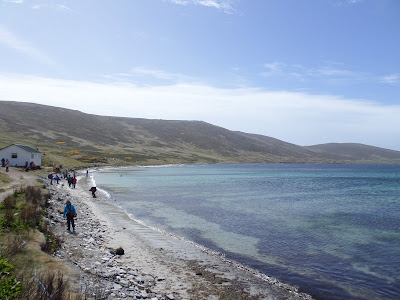 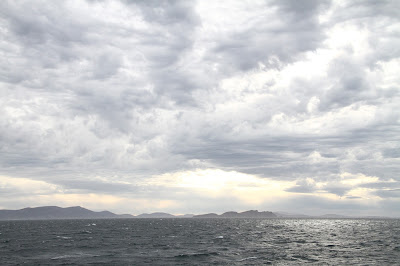 first bit of land for a few days......always a welcome sight

The weather was stable and after lunch we landed at my most wanted island.........Saunder's Island. Only a couple of people live on this island, and these people monitor the numerous Penguin colonies, including my most sought after species, the Rockhopper Penguin. Last year for some unknown reason, these little Penguins suffered terribly in the breeding season with adults dying on the beaches, surely down to starvation, and this had a knock on effect to the entire population. This year, only a third of what the population should be was present, but it goes without saying, sitting alongside the colony was just fantastic and a much wanted experience.  There was also a Macaroni Penguin at the furthest colony, and a couple of King Penguins also mixed in. This small island played host to five species of Penguin, not what I was expecting so early on in the trip. It wasn't just the Penguins though, Black-browed Albatrosses were nesting right next to the main path. As time was pushing on the guides were keen to get everyone back on the ship via zodiacs, but it was hard to get a shimmy on with so many Penguins on offer, with white sandy beaches and clear blue skies.

Back on the ship we slowly sailed off again into the ocean ready to hit Port Stanley tomorrow. What an amazing day and a life time moment achieved. 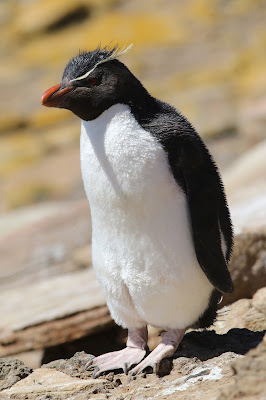 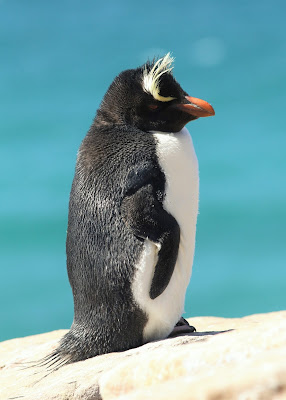 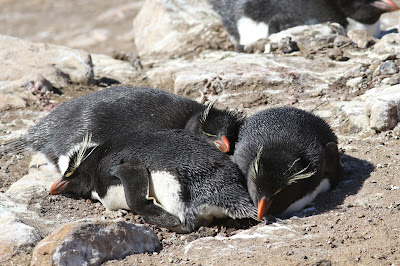 the delightful and charismatic Rockhopper Penguin 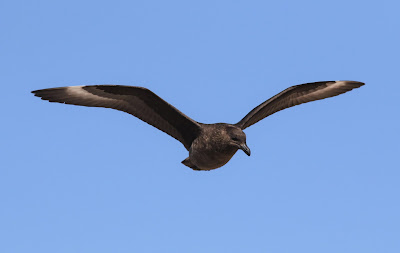 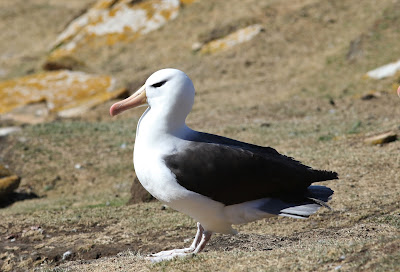 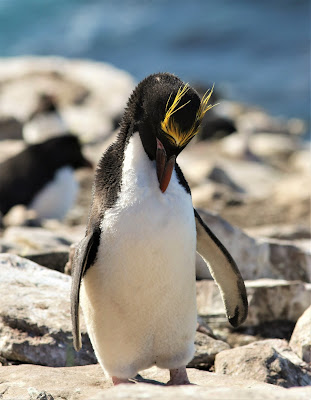 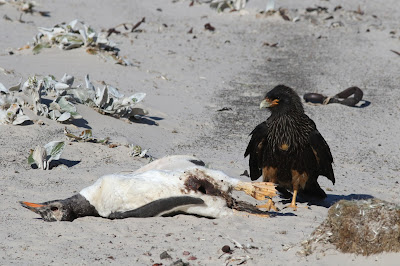 Striated Caracara feeding on a Gentoo 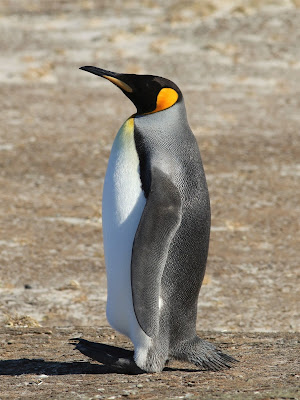 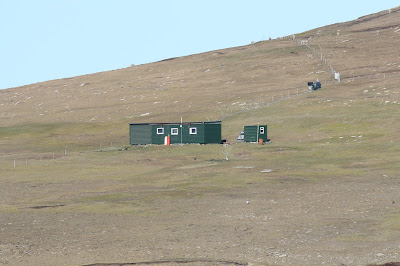 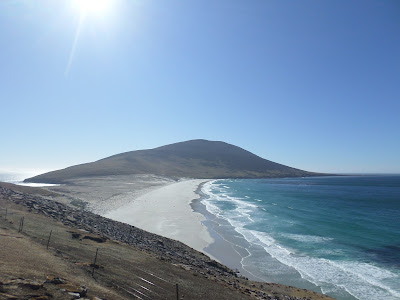 Saunder's Island
Day 4
I wish I could've have said the good weather continued, however it didn't. We woke to very strong winds and plenty of rain and evidently the landing at Port Stanley for the morning was cancelled. Thankfully we had time to spare and with the weather set to improve by midday, we sailed around in the large swell until we were clear to land. We landed around 2pm, and us birders got together and got a taxi to Surf Bay and covered the surrounding beaches and hillsides. We set out for three targets and saw them all, though the Snipe and Dotterel took some searching. Tom and myself had a quick pint in the local pub before getting back on board. After a soggy afternoon, we set sail into the open ocean with two full days of sailing ahead towards South Georgia. Upon leaving the islands, Gentoo Penguin colonies could be seen on the various beaches. The weather was looking to clear, hopeful this would continue into the next few days.

Highlights for the two days are as follows: 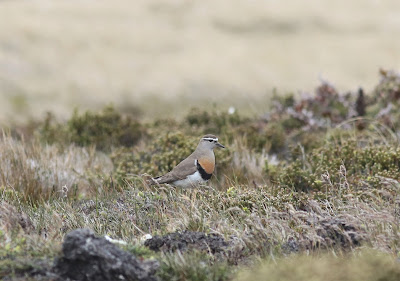 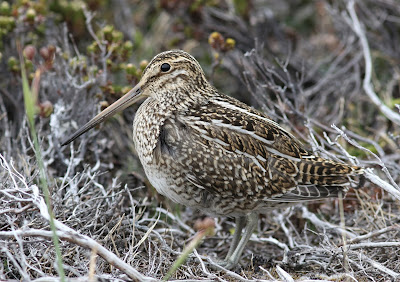 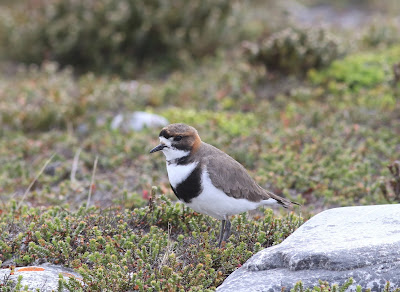 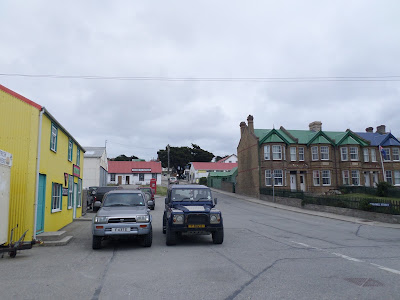 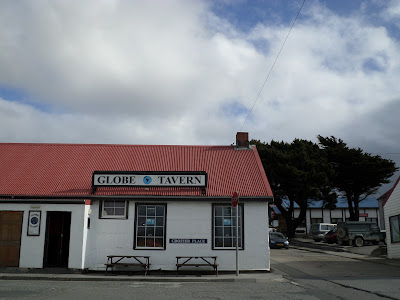 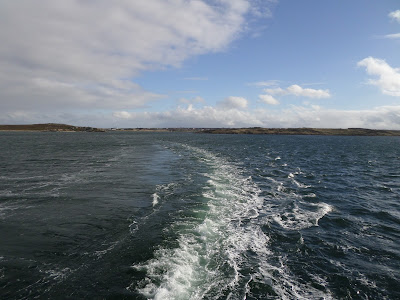