Day 5
A full day out at sea that produced a new bunch of seabirds. When I woke up I glanced out the window and just there was a stunning Wandering Albatross. I rushed to the stern and all morning we all enjoyed some fantastic Albatross encounters that including six different species. By the afternoon the wind had dropped creating a spectacular atmosphere in the middle of the South Atlantic Ocean. The conditions were now superb for spotting cetaceans including three species of Whale and a nice showing of Dusky Dolphins. For five minutes there was a Whale expedition, with a very showy Southern Bottlenose Whale, then this was overshadowed by an awesome encounter with a Minke Whale that appeared just below the surface, and standing on the front tip of the boat, it shot past underneath like a torpedo and was gone never to be seen again. With such clear water every bit of detail could be seen. A very magical moment, creating a surreal moment when realising just where you are. 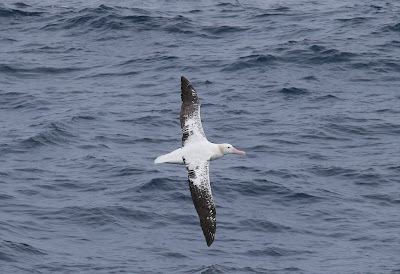 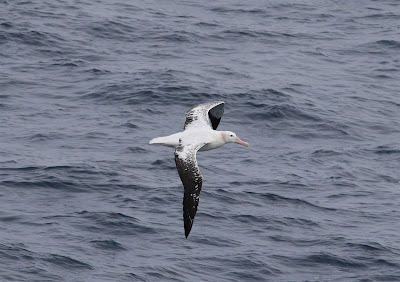 Wandering Albatross - my first bird of the day when I glanced out the window. A beast. 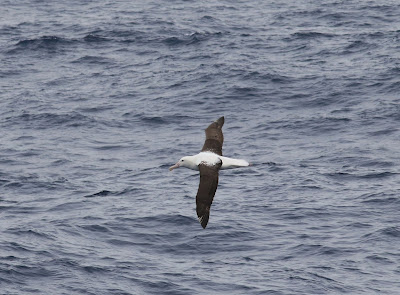 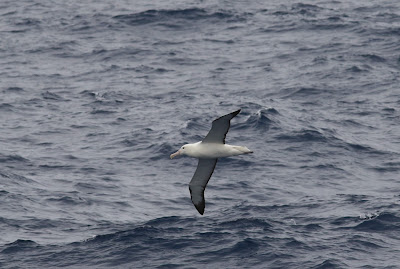 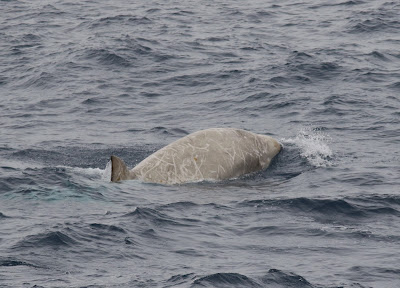 the scratch marks are down to males fighting in the depths 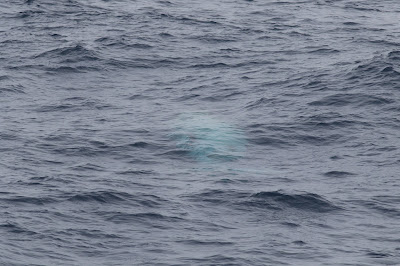 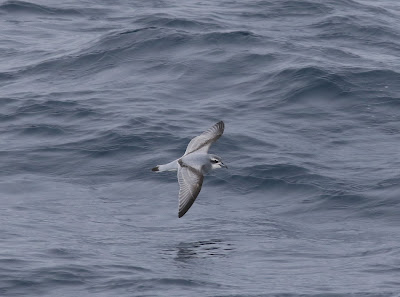 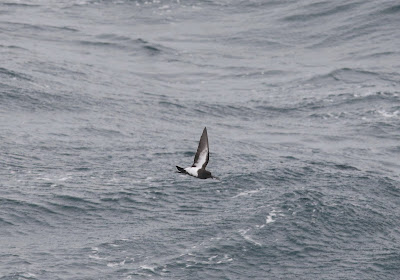 Black-bellied Storm-Petrel
Day 6
What us birders thought was going to be the most productive day as we got closer to South Georgia was in fact a huge disaster. There were very few birds all day, in conditions that didn't really appeal. A large gathering of Fin Whales in the morning were the highlight. Certainly the least productive day of the trip. 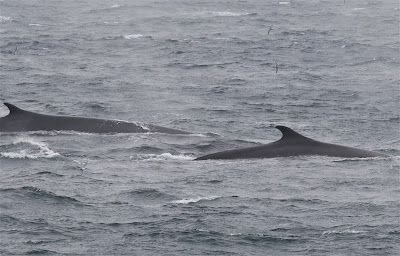 Day 7
We were now ready for dry land but today was another full day out at sea. By late morning South Georgia came into view which was very exciting, and then our first icebergs that turned into a block of flats by the time we got close to them. The day started well with Light-mantled Albatrosses tracking close to the stern, and surprisingly our first Snow Petrel appeared whilst we were taking refuge from the heroic conditions outside. We rushed upstairs to the bridge wings and enjoyed good views. As the ship sailed around the NW side of South Georgia the views were spectacular and thankfully offered some shelter from the relentless wind. Prion Island had some nesting Wandering Albatrosses on it, though landing here wasn't possible this time of year. Unfortunately our first planned landing for the island was cancelled, but thankfully a zodiac cruise in Rosita Harbour was on offer. This provided excellent views of Antarctic Fur Seals and the first Elephant Seals. But more importantly, the most sought after bird for the island, the South Georgia Pipit, of which a single bird was found along the rocky coastline, gave tantalisingly brief views before it flew up into the tussocks. Towards the end of the zodiac cruise, an intense snow shower came into the bay creating yet another superb atmosphere and dramatic effects with the surrounding glacial valleys and the constant sounds of the Fur Seals. We slowly drifted past Salisbury Plain probably seeing around 250,000 pairs of King Penguins. It was lovely to get off the Plancius and into the zodiacs, but we were now keen to get on stable dry land, and with the weather set to improve dramatically, this seemed likely. 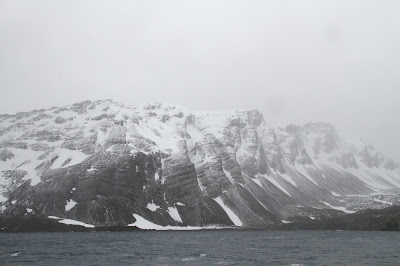 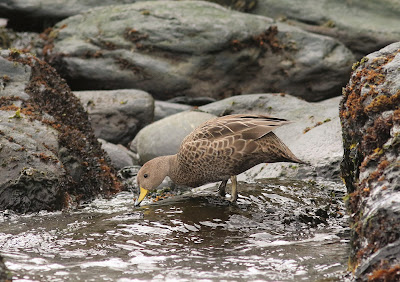 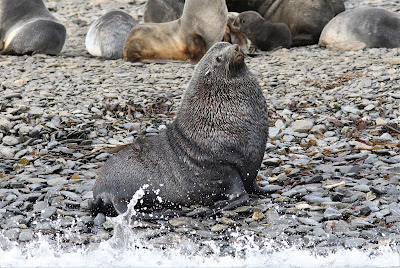 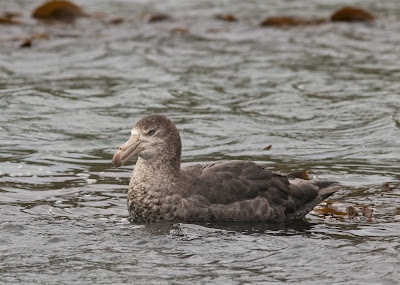 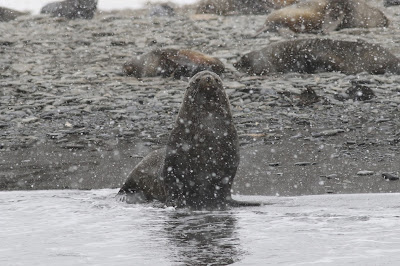 Fur Seal in the snow 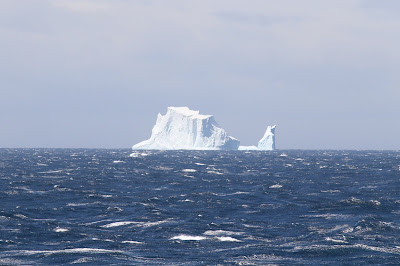