Day 14
This morning I was straight out on deck as straight ahead and to the side of us was the continent of Antarctica. The sea was flat calm and the temperature was not too bad considering where we was. Small groups of Adelie Penguins were on the numerous icebergs, and didn't take a liking to the ship and quickly ran off into the freezing sea. A couple of Crabeater and Weddell Seals were seen lounging around. The setting was just superb though. Everyone was completely quiet, no doubt taking in the peace and tranquillity of the area. With the sea being so calm there was almost a mirror image of the sky, and added with some cool looking icebergs, there isn't too much else to be said. After breakfast, a steep brown hillside in the distance was to be our destination, the aptly named Brown Bluff. This was our first and only landing on the continent but it was a brilliant one. Getting up close and personal with some busy Adelie Penguins going about their business, and then walking up a glacier to then just chilling by the waters edge and taking in a very unique experience. The three hours on land went too quickly and before long we were back on the Plancius, but as the weather was perfect, the captain decided to slowly head south down the Weddell Sea through the ice. Again, another lucky excursion that led to a few Whale sightings, and getting within ca. 28 miles of an Emperor Penguin colony, and although it was exciting knowing this, it was hard to take when we turned around and headed back north. Ploughing through icebergs was very good to witness, but not quite as good as the Humpback Whales that performed admirably just as the wind was starting to get up. It had been an unforgettable day, that was all too soon sadly over. 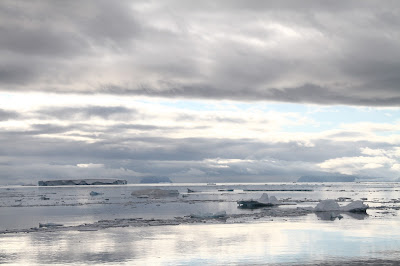 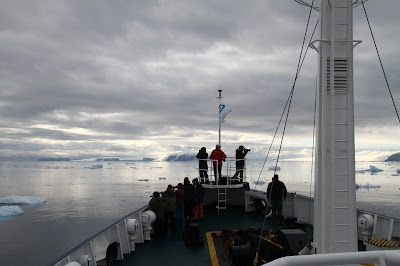 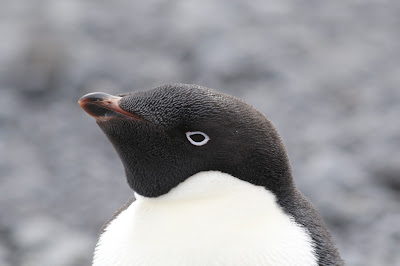 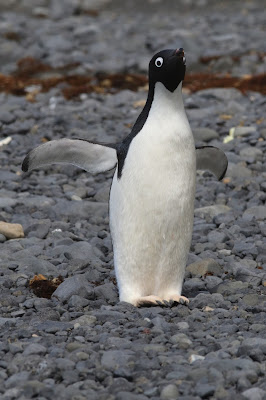 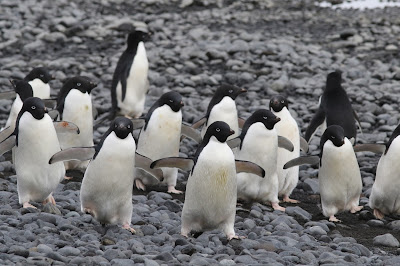 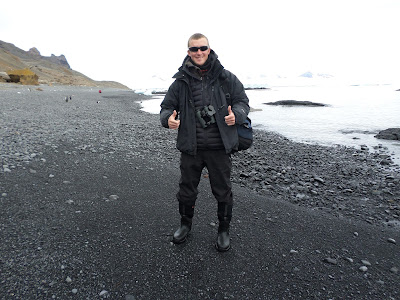 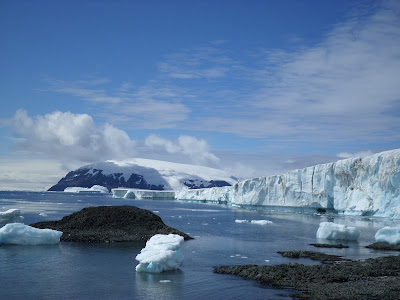 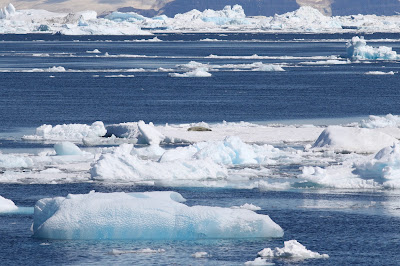 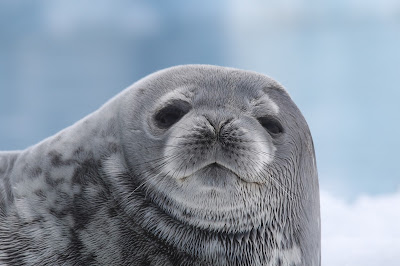 a tame Weddell Seal taken from the zodiac 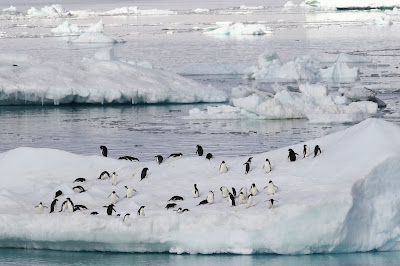 a common sight in the Weddell Sea 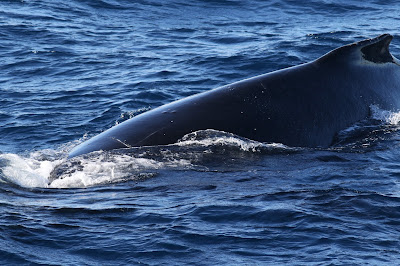 a close Humpback Whale
Day 15
Overnight we had sailed down the western side of the peninsular down the Bransfield Strait. I was feeling slightly under the weather so decided to lay in for a bit longer, and this inevitably resulted in me missing something. That something was in fact a Leopard Seal........gutted!! Plan C came into force for the morning and we landed on D'hainaut Island at Mikkelson Harbour. This island was relatively small and held a small Gentoo Penguin colony, some Weddell Seals and at long last a very good look at a pair of Antarctic Shags. The island was mainly just snow, but this did give us a chance to take a look at the Penguin behaviour as they meandered down their 'Penguin paths', and then swimming around in the shallows.
The wind had unfortunately got worse and put a halt to any more landings around the peninsular, so drastic action was taken by the captain to sail at full speed north to the South Shetland Islands. It was a tad shame to leave Antarctica so abruptly, but its something that has to be accepted down here. Humpback Whales were the main focal point heading north with numerous encounters.
Our target island was Deception Island that just so happened to be an active volcano. It erupts roughly every forty years, and this year was its 44th year without erupting.
The entrance to the island was spectacular with sheer cliffs either side which then opened out to a large bay that was thankfully sheltered enabling a landing here. The area was extremely desolate, with old buildings that had been taken out by previous volcanic activity. The highlight was a Wilson's Storm-Petrel that flew around us obviously under a bit of distress. It was soon apparent it had a nest around a destroyed out-building, so we left it be, though it was great to see one so close and on land and watching it walk into its 'cave'. A paler South Polar Skua was also hanging out on the beach allowing close approach.
The day ended with myself and four others going for a very quick swim in the bay. The temperature of the water was roughly 2 celcius, so the swim lasted roughly 10 seconds. We sailed north after ready for our last landings tomorrow. 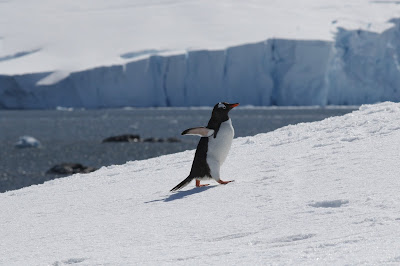 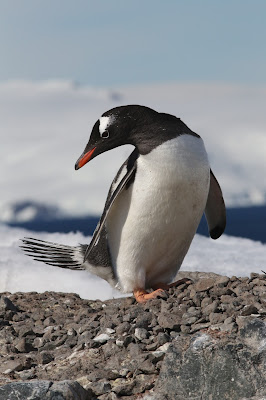 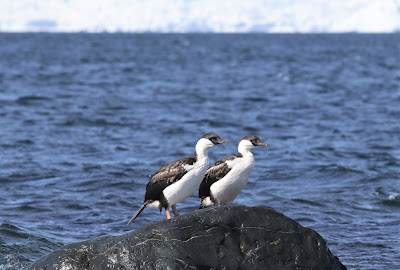 Our expedition leader managed to allow us a landing on Half Moon Island before breakfast. This was brilliant news as this held a large Chinstrap Penguin colony. These guys were so funny to watch a they went about their business. This Penguin is known as the toughest Penguin, able to climb up slopes that humans need ropes etc for, and with ease. Despite the constant light snow falling and not the greatest light, it was fantastic to see our penultimate Penguin colony.
Next up was our last landing of the trip further north up the South Shetlands. Our final port of call was Robert Point, and what a fine ending it was. We had to cross an active Chinstrap path, then another Gentoo colony, to then come across some angry Elephant Seals on the beach. The sounds of all the animals was very atmospheric and a terrific ending to our time in the deep south. We set sail once more and by the evening we had entered the notorious Drake's Passage, but was the sea state going to treat us well? 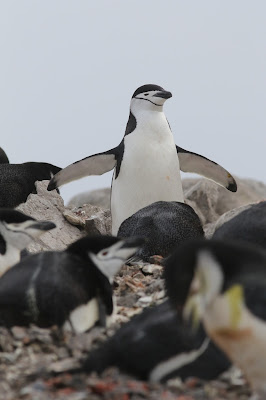 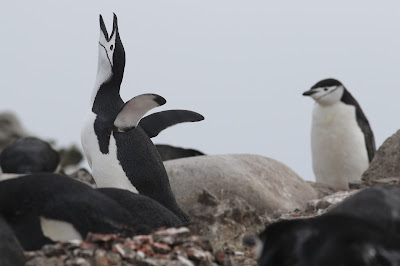 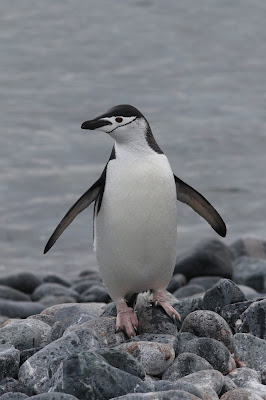 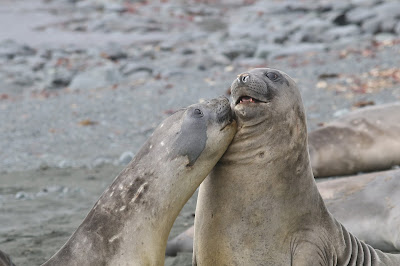 Elephant Seals - even I wouldn't cuddle up to these 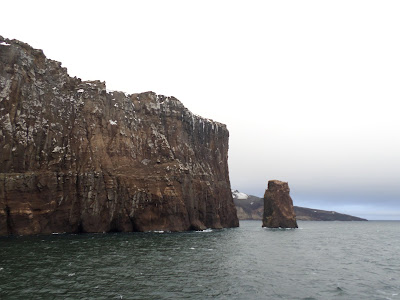 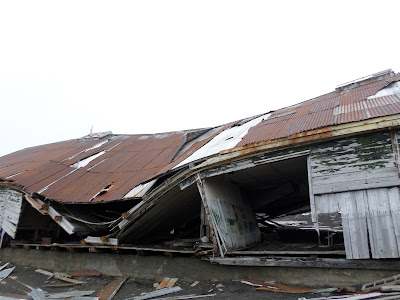 one of a few destroyed buildings on Deception 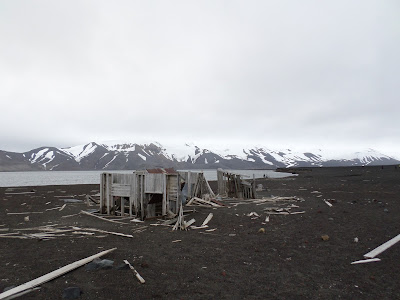 an obvious Wilson's Storm-Petrel nest - the water behind is what I swam in.