Bahia Blanca - San Antonio Oeste
A very hot day with temperatures reaching 36 celcius. I started early and drove west from Bahia Blanca to an area that is supposedly good for the rare and range restricted Pampas Meadowlark. Ebird had a couple of recent sightings so I tried here first but only Long-tailed Meadowlarks were seen. I had read a trip report a while back that the area near Chasico was good so I headed that way on an unpaved road, unbeknown to me that this was actually the wrong track to take. Anyway after a few more Long-tailed I found two Meadowlarks on the fence line but had driven past them. Looking back through the rear windscreen the male had a huge amount of red around the carpel area, leaving me in no doubt these were Pampas Meadowlarks........absolutely brilliant and over the next half hour I watched at close proximity what appeared to be a family, plus a couple more males further on. Certainly one of the highlights of the trip. Having succeeded quicker then I'd anticipated, I was in no hesitation to start yet another long drive, this time SW to San Antonio Oeste, the most southerly point on this leg of the trip. I had obviously re-entered Patagonia as a road block set up for inspection of fruit stopped me in my path, but the officer could only find biscuits.
On the way down I came across a nesting colony of Burrowing Parrots, a stop to look at a White-banded Mockingbird had me finding a pair of Patagonian Canasteros and then roughly 40km from my destination, I stopped to check an area and found a huge flock of birds moving along the roadside, that must have numbered 300 birds, with the majority being Mockingbirds, though a splash of colour in the form of some Blue-and-Yellow Tanagers was welcome. Once in the rather decrepit town I wandered around the estuary and then had dinner in some 'joint'. A great day despite another long drive. 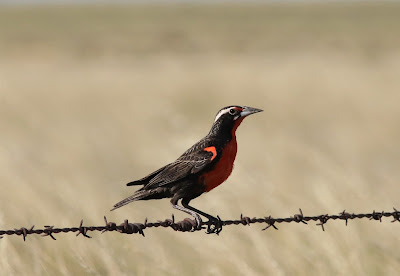 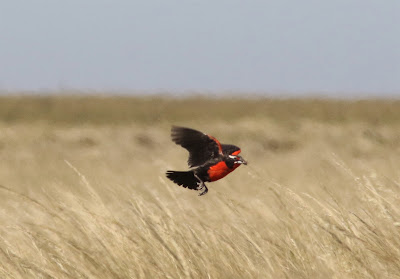 Pampas Meadowlark - despite being similar in appearance to Long-tailed Meadowlark, sturdy features are the short tail, thick wedge of red at the bend of the wing, all black underwing and mainly black upperparts with limited pale edges to some flight feathers. A stunning bird and so lucky to have had the views such as this. Due to intense agriculture, the natural pampas grasslands are slowly disappearing, and so are these birds. 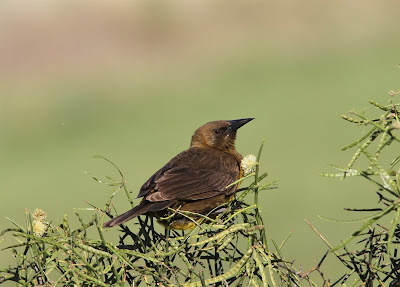 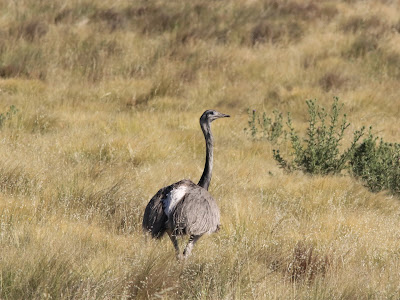 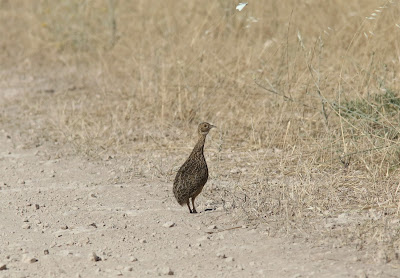 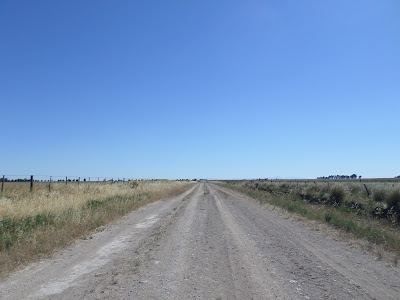 the wrong and right track 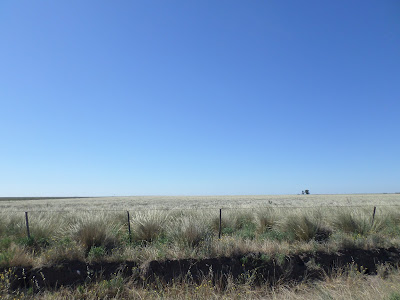 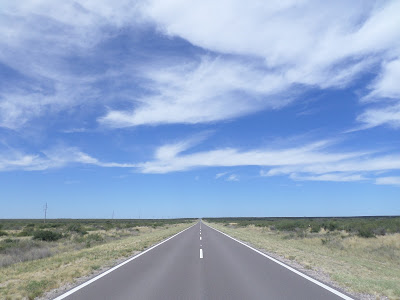