Santa Rosa - Beunos Aires
My last full day of what can only be described as an amazing and successful five week trip. I left Santa Rosa about 8am and found on eBird a good birding site (Navarra Laguna) close to the capital which had the potential of a few more lifers. The long journey was really good with many roadside pools, and despite driving past most, a couple I stopped at were filled with birds. One of the top highlights were a couple of Roseate Spoonbills, obviously not the rarest bird out there but stunning to look at. Roughly two hours before Navarra the heavens opened and it stayed like this all afternoon. Once on site, I had to work my way around the entrance as the main gate was shut, but I very quickly got told to leave. I noticed the site was larger then I had anticipated and thought there could be a likely spot to creep in. I drove to the northern end of the reserve and spotted a gate that looked climbable. It was and I was in, but still the rain was pouring so the camera had to be left behind. It was worth the risk of trespassing as the area had many birds, some new and gave me my top target for the day, the Many-coloured Rush-Tyrant. In fact I saw many of these delightful gems, some showing very well. After walking one side of the reserve, I was going to call it a day but decided to carry on north, and so glad I did as a Spotted Rail was found preening in a ditch. A thunderstorm then arrived and I therefore decided to call an end to the day and the trip, arriving into Buenos Aires an hour later (now warm and sunny) to the airport hotel ready for my flight back to London tomorrow arriving early on Christmas Eve.

Yesterdays blog post (updated today) can be seen below this one. That's it now for Argentina, next up will be the Antarctic Voyage

Highlights from the 81 species seen today are as follows: 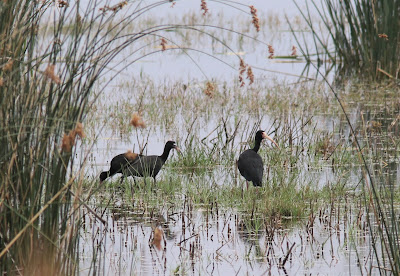 Bare-faced Ibis - when it wasn't raining 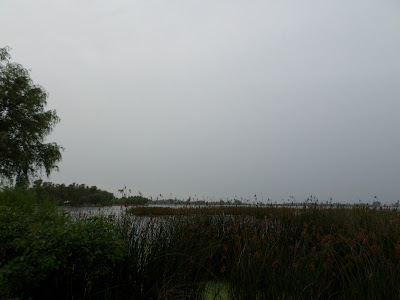 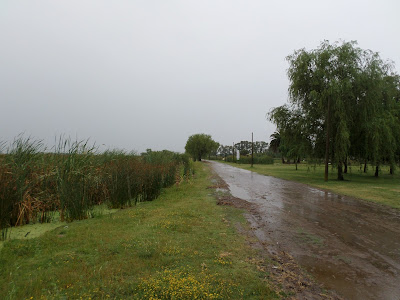